It is necessary to reduce regional differences

In mid-November Jeseník and Šumperk regions were the centre of a conference that focused mainly on the role of innovations for regional development. In his online contribution Minister for regional development Ivan Bartoš emphasized the need to reduce differences between regions both in the Czech Republic and elsewhere in Europe and he also emphasized that not all regions need to support the same innovations (it is not possible to build a new “Silicon Valley” in each region). The conference was a part of the Czech Presidency to the European Council.

„It is obvious from available statistical data that regions that show worse results in economic indicators are equally weaker in indicators covering innovations. We all know that to increase competitiveness it is necessary to have abilities to firstly create innovations and secondly to know how to use them, especially in the present-day dynamically changing world,” Minister Bartoš said in his opening speech at the conference. We have to do our best so as to ensure that people living in disadvantaged regions would not feel unsatisfied or even frustrated. “Such frustration can in fact end up in discontent with the overall economic and political course and can cause rise in populism and anti-systemic politicians,” he added.

Particular contributions at the conference dealt with a systemic improvement of data processing in the field of regional development on the one hand, and tangible projects and good practice examples from Czech and European cities on the other. Among others, experience of Luxembourg´s support of autonomous transport at local level or telemedicine development at the Faculty hospital in Olomouc were presented.

One of the main program items was presentation of preliminary outcomes of a research in cooperation of teams of ESPON EGTC experts and the Czech Presidency. The joint research was focused on ways inn which can less developed regions take advantage from innovation despite the fact that may be economically and socially vulnerable and themselves only posses insufficient research capacity. They should be supported by a quality public governance and should have the ability to learn from regions that are innovations leaders. The study provides evidence to support a promising new policy model known as Partnerships for Regional Innovation. The study is based on the assumption that regional government can act as actors of change in a spatially limited social innovation network and provides empirical evidence for this fact. The study introduced the new term “entrepreneurial regional governance” which enables the influx of social innovation know-how from other regions, thereby increasing marginal social benefits without harming entrepreneurial activities within and outside the region. Involvement in interregional missions, transformational partnerships and experiments can be an option for less developed regions that are in geographically disadvantaged areas and with limited innovation capacity. One possibility is to use the EDP as a political tool to promote business-oriented regional administration.

Within one of the sections, the Territorial Impact Assessment pilot actions were specifically discussed. The Czech Republic fully supported the adoption of the Territorial Agenda 2030 and started cooperation with Poland and participated in a pilot action regarding the assessment of territorial impacts of sectoral policies. As part of the pilot action, the Czech Republic involved one of the regions that the Regional Development Strategy of the Czech Republic 2021+ describes as economically and socially vulnerable and authors tested a methodological approach to TIA in this region (Jeseník). However, experiences not only from the Czech Republic, but also from other countries were shared at the conference. Pilot actions in this direction can significantly contribute to the innovation of public policies towards a territorially specific and spatially sensitive approach (the so-called “place-based approach”) of policies. 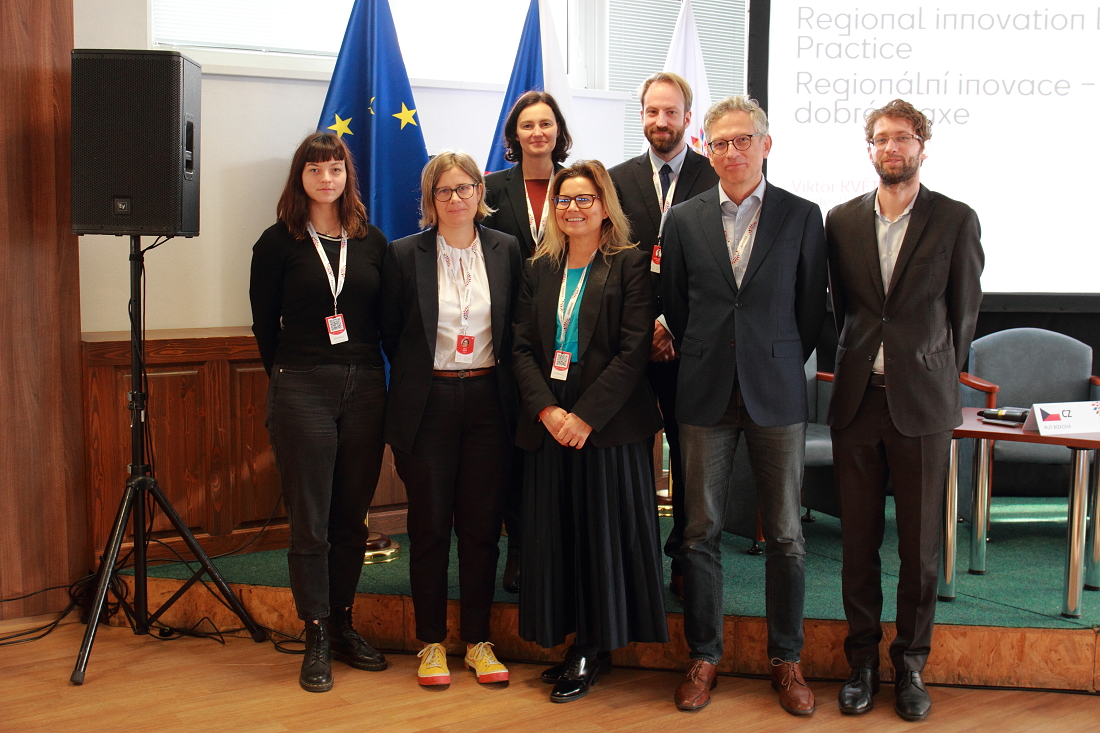 Representatives of municipalities, regions, national line ministries, but also academics and people from NGOs took part in the conference. International presence was ensured by prominent guests from Poland, Slovenia, Luxembourg or Germany. The conference was organized under the auspices of the Czech Presidency to the European Council and interconnected themes of solution of interregional disparities and innovations development.