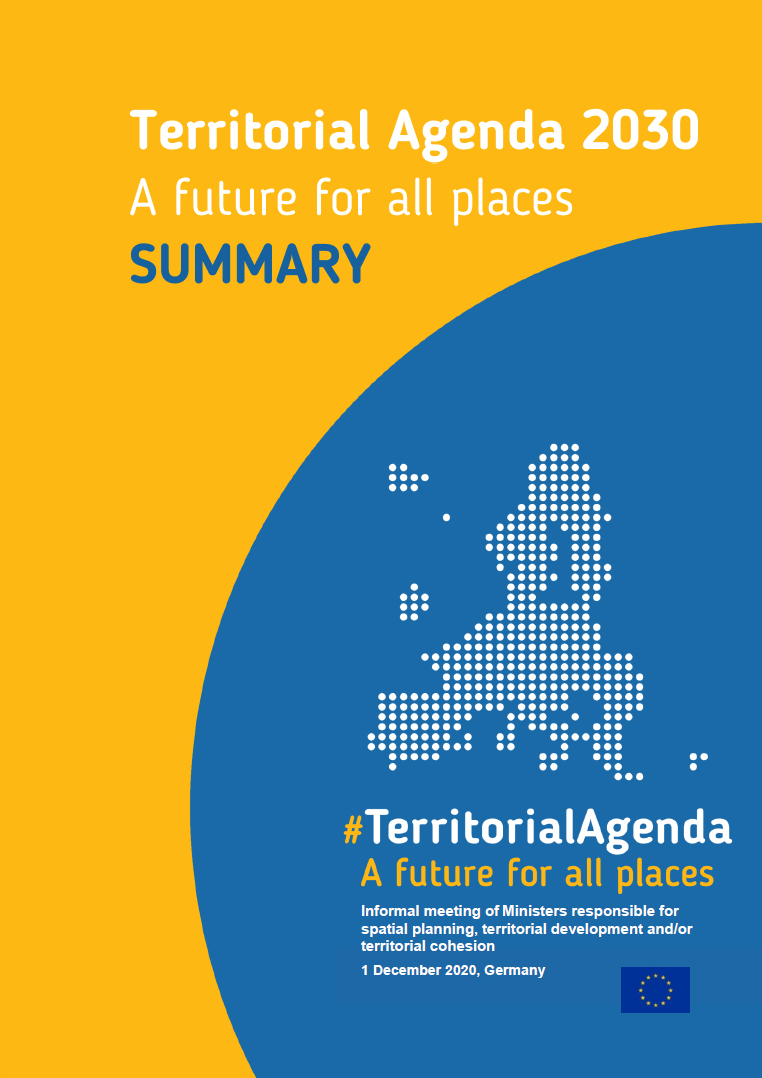 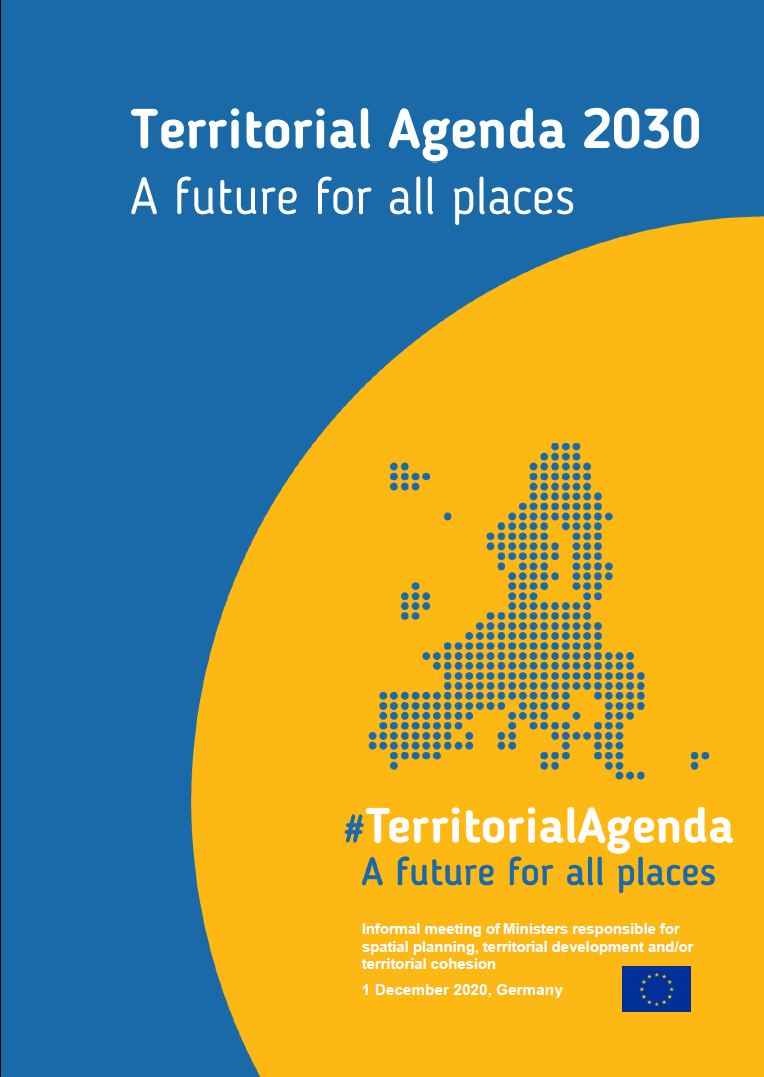 The Territorial Agenda 2030 underlines the importance of and provides orientation for strategic spatial planning and calls for strengthening the territorial dimension of sector policies at all governance levels.

It seeks to promote an inclusive and sustainable future for all places and to help achieve Sustainable Development Goals in Europe.

Therefore, it defines two overarching objectives, a Just Europe and a Green Europe, which have six priorities for developing the European territory as a whole, along with all its places.

Atlas for the Territorial Agenda 2030

An important evidence document underpinning the renewal process is the Atlas for the Territorial Agenda 2030.

The atlas illustrates selected aspects of spatial development in Europe. It focuses on the most important areas of action in the Territorial Agenda 2030: the overarching spatial objectives of a Just Europe and a Green Europe; differences in demographic change and migration; competitiveness of cities and regions; and trends related to the enviornment and natural resources. The atlas also contains a wealth of information on spatial features and structures.

Recent developments and studies by e.g. ESPON, the European Commission, the European Committee of the Regions, the European Investment Bank and other international, national and regional players, show that Europe faces major challenges but also has great potential. This requires policy responses with a strong territorial dimension and coordinated approaches acknowledging and utilising the diversity of places and their specificities. Among the key documents studied are: