Why do we need a renewed Territorial Agenda? A green and just Europe can only be achieved by making use of the contributions of all places. Yet, increasing inequalities between places and people risk driving Europe apart.

What will be the objectives of a renewed Territorial Agenda? The draft Territorial Agenda 2030 outlines two overarching objectives, a Just Europe and a Green Europe, broken down into six priorities for the development of the European territory as a whole and all its places:

To encourage an open and honest dialogue the Finnish EU Presidency launched a survey concerning the proposed main challenges and priorities of the renewed Territorial Agenda. The survey was open from mid-December 2019 until the end of January 2020.

What happens next? The next steps towards the informal ministerial meeting are carved out during the Croatian EU Presidency in the first half of 2020, including Task Force meetings (January and March 2020), a meeting of the Network of Territorial Cohesion Contact Points (February 2020) and a meeting of the Directors-General responsible for Territorial Cohesion (April 2020). At these meetings, the exact formulations of the renewed Territorial Agenda and its priorities and governance mechanisms will be discussed. 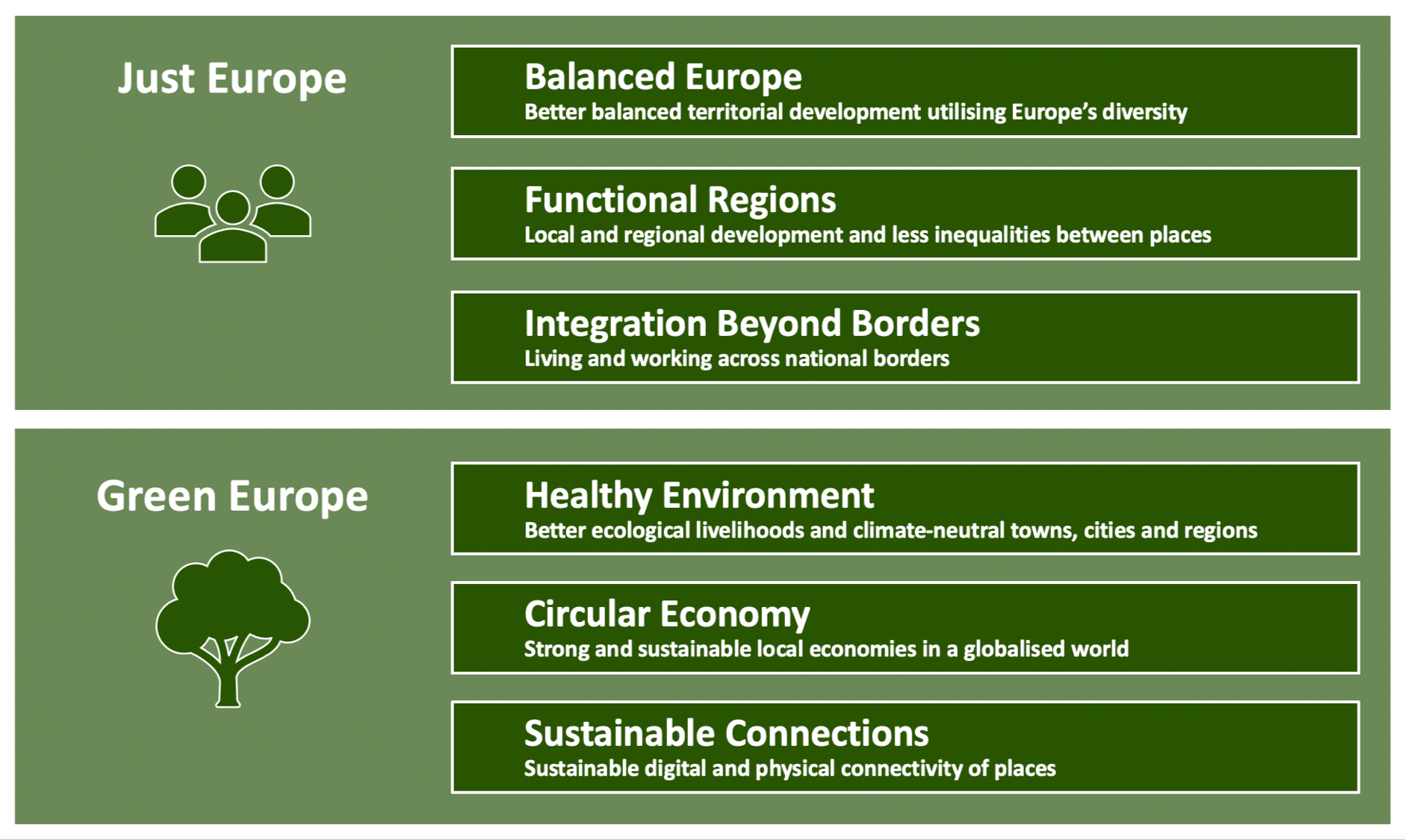 Allow me to forward a few comments at this early drafting stage.

You should consider to present A JUST EUROPE using the following wording:

The detailed text would of course need a minor adaptation.

Concerning THE WAY FORWARD, in the further development of implementation steps, do remember to give the European Commission a role, e.g. applying the territorial priorities in structural/sector policies, territorial impact assessments, etc.

The New Territorial Agenda should include references to the method of implementation, roles of the Member States and regions together with the European Commission General Directorates responsible for this.
More action is needed to increase visibility toward the expected pilot actions. When and how these actions has to be presented?

Please consider the following suggestions at this stage taking into account that I understand and support this simple and comprehensive presentation of policy options.

1. Balanced Europe: I would reformulate – Better balanced territorial development by a policy focus on small and medium towns (it is hard to sustain on how the territorial diversity can lead to a more balanced Europe from a scientific standpoint)

2. Functional regions: I would add the notion of polycentricity: Local and regional polycentric development …

3. Integration beyond borders: please consider including ‘Cross-Border and transnational Planning’, as this is the true territorial dimension of this policy component, in my opinion.

On the Topic “Healthy Environment” to a ”Green Europe” we propose to include references to The food basins , The water lines and water reserves sustainability (blues infrastructures).